Auction of Top Pigeons – in Kassel, of course

This year again a very extraordinary auction was part of the program ofthe 30th International PigeonMarket. A lot of fanciers were looking forward to the live auction ‚The Championsleague of the Pigeon Sport‘. So the auction hall was crowded when at 12 o’clock the auction started in the exhibition halls in Kassel.

Ten internationally wellknown German top lofts and one Belgian top loft gave their most successful pigeons to be auctioned. All these pigeons from the best pairs were ready for breeding and were exhibited in hall 10 before the the wellknown auctioneer, Gerald Mack, started his job and the exitement grew between the more than 4,000 interested fanciers at the spot and the many thousands at the screen all over the world via live stream in the internet. 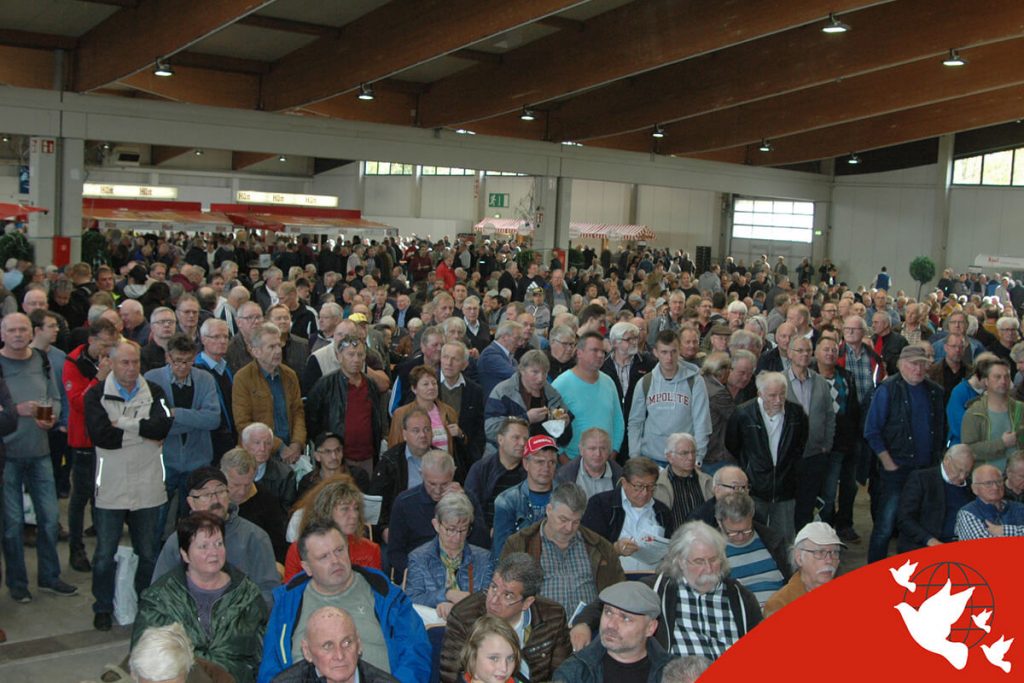